Chancellor Philip Hammond has set out the state of the economy in the Autumn Statement and spending plans for the next three years in the Spending Review. Elmhurst Energy is delighted that he accepts that new housing is a priority which will be welcome news for both our On-Construction members and, because of the domino effect that new housing has on existing dwellings, for Domestic Energy Assessors too. Most significant for Elmhurst members is; £2.3bn

Housebuilders on track to deliver Government’s ‘one million homes’

Figures released this week, and published by the Housebuilders Federation, show that nearly 200,000 homes were added to the housing stock in the last year suggesting that the Government’s plan to deliver one million homes in this parliament can be achieved.  Overall there has been a 52% increase in housing supply over the past three years. The new figures show that housing supply April 15 - April 16 was 200,070 up 10% of which 163,940 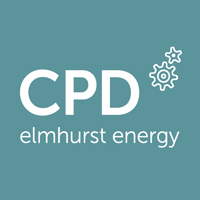 Good news, Elmhurst members no longer need to record their CPD on paper, or spreadsheets. They can now use the Elmhurst CPD Log. With our CPD Log you can record your completed CPD activity online, all within Elmhurst's members' area. This makes it easier than ever before to track your progress against the annual CPD requirements. Even if you have different accreditations spread over multiple accounts, the CPD Log is centralised and is able to register your

The UK signs up for Paris climate agreement

The UK Government have been true to their word and have signed the Paris Climate Agreement, having previously committed to signing it before the end of 2016. The agreement basically commits countries to taking action to hold temperature rises to well below 2 Degrees Celsius above pre-industrial levels - and to try to stabilise emissions at a level which would see a temperature rise of no more than 1.5 Degrees Celsius. The agreement was put

BEIS have officially announced a consultation on the next versions of SAP and RdSAP. Further to our news last week: http://www.elmhurstenergy.co.uk/beis-issue-consultation-on-next-versions-of-rdsap-and-sap The Department for Business, Energy and Industrial Strategy (BEIS) have officially released the consultation on proposed amendments to the SAP and RdSAP methodologies. Elmhurst has been expecting this consultation from BEIS for some time and will be digesting the information thoroughly. We will keep our members informed of the impact of these changes. As

Elmhurst Energy's Martyn Reed was pleased to be invited to deliver a CPD session to the  Midlands Energy Professional (MEP) association, at their recent Members meeting in Birmingham. A similar, but less formal,  presentation to that given at the IDEA conference focussed on the Elmhurst Manifesto, the 6 point plan that we are asking Government to consider as they design new and amended energy efficiency plans. Elmhurst is campaigning to: Create a clear government strategy

£18m given to councils in England to ‘turbo charge’ home building

The Housing Minister Gavin Barwell has today announced Government funding of £18m is to be offered to Councils in England, which is hoped to speed up the building of up to 800,000 new homes, specifically targeting new homes on large developments. Local Authorities can bid for a share of what is called the ‘Capacity fund’ to enable them to speed up and tackle issues around planning. The Conservative Government has constantly referred to getting rid

As we all know by now, Donald Trump has been voted in as the President of the USA. This event takes place just days after the historic Paris agreement officially came into force. It also occurs whilst the world’s environmental groups are meeting at the UN climate talks in Marrakech, Morocco. However, Donald Trump’s victory has thrown the global deal into uncertainty and raised fears that the US will reverse the ambitious environmental course charted

The 4th November 2016 may not have seemed a very normal Friday in many respects  but for those of us who work in the energy efficiency sector, it was a landmark day. It was the day on which the Paris Agreement came into force. It is the Paris Agreement, and the Kyoto agreement before it that requires our government, and the governments nearly 220 other countries, to measure the carbon emissions that are emitted from

BEIS issue consultation on next versions of RdSAP and SAP

Updated: 10/11/16 BEIS have today announced via the BRE that they are going to run consultations on the next versions of RdSAP and SAP.* *please note since writing this news article yesterday, the BRE webpage indicating the BEIS consultation and changes to the methodologies has been removed Elmhurst have been expecting this consultation from BEIS for some time and clearly the BRE site has beaten the consultation site. However we assume that the rest of