As Members will know Elmhurst  has been well represented on many of the working groups that spun out of Each Home Counts (AKA the Bonfield Review), as well as the PAS 2030 and PAS 2035 working groups which implemented the recommendations. We are therefore delighted to advise that drafts of: the first edition of PAS 2035 Retrofitting Dwellings for Improved Energy Efficiency: Specification and Guidance, and a revision to PAS 2030 - Specification for the

EU Countries Falling out of Love with the Paris Agreement

A recent report by the Climate Action Network (CAN) has revealed that EU countries are failing to increase their climate action in line with the Paris Agreement. The Paris Agreement in 2015 set out a commitment to limit temperature rise to 1.5 degrees Celsius. However the report by CAN asserts that EU countries are falling well behind in both ambition and progress in regards to reducing carbon emissions. Member States were ranked from best to

Elmhurst Energy has announced it has become a Company Partner with the Chartered Association of Building Engineers (CABE). Formed in 1925, CABE is a leading body for professionals specialising in the design, construction, evaluation and maintenance of buildings. “As a Company Partner of CABE we have to demonstrate a commitment to professionalism and competency and Elmhurst Energy fits well with the Scheme’s aspirations,” explains Martyn Reed, Managing Director of Elmhurst Energy. “We are committed to raising

The Warm Arm of the Law - reducing fuel poverty in private rented properties.

Elmhurst was delighted to have been invited to contribute to the Association for the Conservation of Energy (ACE) research workshop to explore how best to reduce fuel poverty in the private rented sector through HHSRS and MEES. The research, which has now been published under the heading the Warm Arm of the Law, looked at the extent to which the Housing Health and Safety Rating System (HHSRS) and Minimum Energy Efficiency Standards (MEES) are being

On 24th July 2018 the Department for Business Energy & Industrial Strategy (BEIS) in conjunction with the technical authors the Building Research Establishment (BRE) published the next version of SAP, which will be known as SAP 10. Many of the changes were to be expected based on the consultation responses published by BEIS in November last year. There are a number of changes that will affect assessments in the future; however it is difficult to

A report from the Bank Of Scotland, featured by the BBC, showed that the housing market in Scotland continues to flounder with just 15,300 homes being sold between January and June 2018, down by 6% from 16,200 in 2017.  This is in line with the total number of EPCs in the same period reducing from 117,311 to 108,082, a reduction of 8.5% Bank of Scotland mortgage director Graham Blair said: "Despite an uplift in the

Since the PEPA conference in March, at which government representatives spoke of an upcoming Call For Evidence, Elmhurst has been eagerly awaiting its publication. Yesterday, in the last week before the summer recess, the document finally arrived. As requested in Elmhurst's 2018 Manifesto for Change the call for evidence is  looking for opportunities to make better use of Energy Pefromance Certificates (EPCs) after we leave the European Union in March 2019. Government acknowledge that EPCs 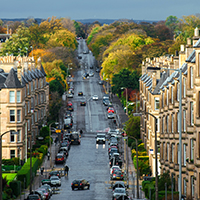 Elmhurst has today (27th July) responded to the Scottish Government’s ‘Energy Efficient Scotland Consultation: Making our homes and buildings warmer, greener and more efficient.’ In the foreword Kevin Stewart (Minister for Housing and Local Government and Paul Wheelhouse (Minister for Business, Innovation and Energy) make a joint statement indicating a high level ambition: “This government wants all our homes and buildings to be warmer, greener and more efficient and for people to reap the economic

Elmhurst Energy has launched a ‘Quality Promise’, helping householders, property managers and landlords choose their accredited Elmhurst assessor with added peace of mind. As the UK’s largest government approved energy assessment scheme, Elmhurst has launched the Quality Promise to demonstrate our support for our accredited members, who are fully trained and qualified to deliver a quality energy assessment service. “Rest assured that all Elmhurst Energy members have received extensive training, hold the necessary qualifications and 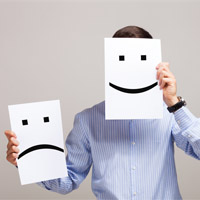 At Elmhurst we have been working hard to re-launch the auditing process to ensure that the focus remains firmly on Quality and helping our members to be the best in the Industry. The new Scheme Operating Requirements (SORs) became live in April this year and with it came the ability to adopt new auditing practices within the existing dwellings strand. Elmhurst are delighted to be the first energy assessment scheme to introduce smart auditing, all