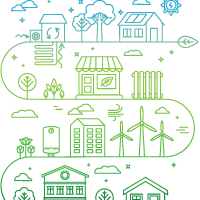 What is the low carbon future for off gas Scottish Buildings?

The Scottish Government have recently announced a call for evidence on ‘The future of low carbon heat for off gas buildings’. It is seeking evidence on the technologies and the actions necessary to support the decarbonisation of the heat supply of buildings that currently do not use mains gas as their primary heating fuel. Elmhurst have spent time analysing this call for evidence and have created a draft response on behalf of our members.  Low

The government’s Department for Business, Energy and Industrial Strategy (BEIS) have announced a competition to stimulate ideas and pilot whole house retrofit. The long term aim is to; halve the cost of retrofitting existing buildings to the same standard as new builds by 2030 bring as many fuel poor homes as reasonably practicable to EPC band C by 2030 bring as many other homes "as cost effective, practical and affordable" to reach EPC Band C by

Councils required to report the deals done with developers, in shake up of the rules

The government is set to bring in new rules requiring councils to report on the deals struck with developers, in a move to bring greater transparency to the process. Developers currently have to pay for infrastructure such as GP surgeries, schools, roads and parks, to ensure the area will be able to cope with the influx of new residents. The government hopes that by simplifying the rules, residents can easily view how much developers are

Demand for EPCs in Scotland booms

The BBC has reported that the Scottish housing market has hit an 11-year high, taking it back to volumes last seen before the 2008 financial crisis. Sales for the quarter were up £80m (2.3%) on last year and £225m (7%) on 2016. 19,491 homes in Scotland were sold in the first quarter of 2019, up 2.8% year-on-year with significant growth reported in Aberdeen, Aberdeenshire and East Lothian. The average cost of a property in Scotland

Homeowners in England are now able to build larger extensions without planning permission. The relaxation of the rules came into effect on 25th May, and allows for single-storey rear extensions of up to 6 metres for terraced or semi-detached homes, or 8 metres for detached homes. A temporary suspension of the rules was already in place before they were made permanent last week. Housing Minister Kit Malthouse MP commented that the change is “part of

The Department for Business, Energy and Industrial Strategy (BEIS) has released the final statement for the UK’s second carbon budgetary period. The budgetary period covers 2013 to 2018 and compares the second carbon budget against the net UK carbon account to determine whether it has been met. The report shows that emissions were 40% lower than 1990 base year emissions over the second budget period. The Climate Change Act introduced a legally binding target to 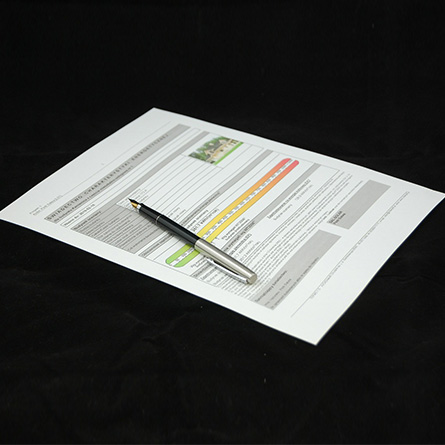 Whether you are required by law to have a Display Energy Certificate (DEC) or are interested in becoming a DEC assessor, there are some important things you must be aware of. Below we explore everything you need to know about DECs and Display Energy Certificate Training.What is a DEC?In general, DECs are used to indicate the energy performance and efficiency of public buildings. They were introduced as a response to the EU Energy Performance of

There's only a few days left to get your Early Bird Tickets for our Northern CPD Roadshow! (10% off with code North10. Valid until 5pm 28th May) This July Elmhurst are in the north of England, where we will be visiting Manchester, Leeds, Wrexham and Durham with our popular CPD roadshow. From 8th - 11th July you can attend a variety of high quality training courses across the domestic, commercial and on construction energy assessment

The installation company Everest has released figures revealing the best and worst areas in the England and Wales for energy efficiency. Everest analysed the Energy Performance Certificates of over 15 million domestic properties in order to identify the ten best and worst performing areas. The results are as follows: The best rated areas in England and Wales London is home to the most energy efficient properties in the country (most A- & B-rated EPCs), with