New energy regulations for Scotland to be released

What skills do I need to become a Domestic Energy Assessor?

If you like the idea of being out and about, meeting lots of new people and working independently, then a career as a Domestic Energy Assessor could be for you. An interest in buildings is a must, as is  the ability to perform simple calculations. You will be in the homes of clients for much of the day, so communication skills are key. But what other skills do you require to be an energy assessor?  There

New Secretary of State for BEIS after Boris’ reshuffle

Alok Sharma has been appointed as Secretary of State for Business, Energy and Industrial Strategy and Minister for COP26, following the sacking of Andrea Leadsom and Claire Perry respectively. Sharma was elected Conservative MP for Reading West in 2010, and previously worked as a Minister of State for the Ministry of Housing, Communities and Local Government (June 2017 – January 2018). Prior to his role as International Development Secretary he was Minister of State for 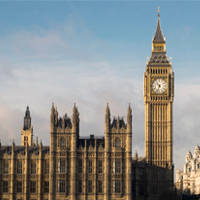 Last week Elmhurst were asked to back a private members bill by Lord Foster of Bath. Elmhurst always advocates and promotes its members work in producing energy assessments and energy certificates for the nation’s homes and commercial buildings and so were very willing to back the Bill which demands legislation to enforce some energy efficiency commitments already made by Government. Lord Foster in the debate in the House of Lords on Friday 7th Feb, opened

On 1st October 2019 the Ministry of Housing Communities and Local Government (MHCLG) published The Future Homes Standard consultation with proposals to require, amongst other things, an 80% reduction in carbon emissions from new dwellings by 2025. This was accompanied by a proposed interim step in 2020 and put forward two options: a reduction of either 20% or 31% in carbon emissions.  The deadline for responding to the Consultation is 7th February 2020. You can

Elmhurst Energy to appear at Futurebuild

My time at Elmhurst

Hello, my name is Owen. I’m 17 and an A-Level student doing a week work experience at Elmhurst Energy to get a greater understanding of how a business functions on a day to day basis. I started the week of by meeting Caroline (the HR manager) who introduced me to Elmhurst and what they do. Then she proceeded to give me a tour of the office and the various departments explaining their roles in Elmhurst

Elmhurst Energy is delighted to report that one million Energy Performance Certificates (EPC) were lodged by members in 2019! An EPC rates the energy efficiency of a property from A to G (A being the most efficient and G being the least). Since its inception in 2007, the EPC has given property owners valuable energy performance information, which they have been able to use to identify potential cost savings and improvements. The EPC has proved

Is becoming a domestic energy assessor the right career move for you?

Are the energy standards for new homes going backwards?

There has been much coverage in the press and on social media that the proposed changes to the building regulations in England could result in homes that are worse than the current standards. We disagree and have carried out our own investigation. Following the publication of the Future Homes Standard consultation by the Ministry of Housing Communities and Local Government (MHCLG), one of the more newsworthy proposals was the removal of the Fabric Energy Efficiency