George Osborne's latest Autumn Statement had its ups and downs for Energy Assessors. There did however appear to be some good news on the new build front. George indicated “I am doubling the housing budget. Yes, doubling it to over £2 billion per year. We will deliver, with government help, 400,000 affordable new homes by the end of the decade.” That’s the biggest house building programme by any government since the 1970s. Almost half of

Elmhurst Energy was extremely disappointed to hear the news that there were an estimated 43,900 excess deaths in England and Wales last winter, the highest number since 1999. http://www.bbc.co.uk/news/health-34919149 It’s the 21st Century and we still have deaths due to cold weather! As Elmhurst have said many times we need a simple and consistent strategy to help improve our poorest homes. It is pointless investing billions (£s) into new nuclear power stations if we don't

Dear Elmhurst ESOS Lead Assessor, As part of your membership to Elmhurst’s ESOS Lead Assessor Register you will receive updates on the latest news about ESOS. The Environment Agency has released ISSUE 8 of the ESOS Newsletter (see attached), to keep you updated with information on the ESOS scheme. These newsletters will be sent out as and when there is new information to be communicated. The latest edition includes;  2 weeks to

Elmhurst Energy believe that Legionella risk assessments will provide a ripe opportunity for assessors to diversify their business, not least because the legislation is explicit in requiring the assessment as a minimum safety precaution from an ever-growing number of private landlords. The private rented sector is a growing part of the housing market where properties are owned and let by private landlords on the open market. Of the 23.4 million households in England and Wales 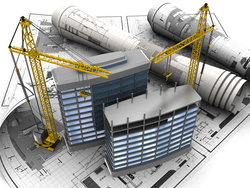 Elmhurst Energy has recently released a new training course providing an introduction to Building Information Modelling (BIM). The course is designed to raise awareness of BIM and its implications on the construction industry relating to Building Energy Design and Management. For those who are unsure of what BIM is, it is a process of generating a 3D design of a complete building with all its features and characteristics within a computer application; the aim is

Secretary of State - Amber Rudd MP ‘Energy Policy Reset’ Speech at the Institute of Civil Engineers Wednesday 18th November 2015 – from official DECC tweets: To put this into context this speech is the first time that Amber Rudd has started speaking out about new policies. In the hours before the speech DECC formally announced that the Government plans to close all coal-fired power stations by 2025 and restrict their use by 2023 (see

DECC have had a very busy morning, firstly they announced that Coal Power Stations were to be closed by 2025 and restricting there use by 2023. (Announcement here) The Secretary of State - Amber Rudd then made a major speech intended to announce the new direction for the UKs energy Policy. Elmhurst Energy has had a chance to read and reflect on the speech. The main theme from DECC was “How do we achieve an

UK to enter Paris 2015 summit with commitments not met

With less than three weeks to go before the United Nations Climate Change Conference in Paris, at which the UK Government will make a legally binding and universal agreement on climate change, it transpires that Amber Rudd has admitted that previous commitments will not be met. This is despite telling parliament that they would be achieved, then removing funding from Green Deal and threatening savage cuts to Feed in Tariffs. A confidential letter sent to

Elmhurst Energy has recently released a new version of their software for legionella risk assessments, developed from feedback and ideas provided by earlier software users. The software provides a professional and fully comprehensive report for landlords in support of their risk assessment. Stephen O'Hara, Managing Director at Elmhurst Energy comments: "The changes capitalise on some of the feedback and ideas provided by early software users. The result has been a much higher standard of report

Dear Elmhurst ESOS Lead Assessor,  As part of your membership to Elmhurst’s ESOS Lead Assessor Register you will receive updates on the latest news about ESOS. The Environment Agency has released ISSUE 7 of the ESOS Newsletter, to keep you updated with information on the ESOS scheme. These newsletters will be sent out as and when there is new information to be communicated.  The latest edition includes; ESOS 'One Month to go'