The Ministry of Housing Communities and Local Government have confirmed this morning that James Brokenshire has been appointed as the new Secretary of State for Housing, Communities and Local Government. This follows the move of Sajid Javid to the Home Office. Mr Brokenshire is currently MP for Old Bexley and Sidcup, where he has been the MP since May 2010. He was previously the MP for Hornchurch and Rainham (2005-2010). He was also Sectary of

The Department for Business, Energy and Industrial Strategy (BEIS) have recently consulted on their flagship ‘energy efficiency’ policy for domestic homes in the UK called the Energy Companies Obligation (ECO). Elmhurst have reviewed the consultation, read the impact assessments, listened to observations and been to all the presentations by BEIS and Ofgem in a concerted effort to see the policy from all sides. We have concluded that the policy is now a mixed bag of

A Future Framework for Heat in Buildings

Before Easter the Department for Business, Energy & Industrial Strategy (BEIS) issued a ‘Call for Evidence’ regarding how to phase out installation of high carbon fossil fuel heating in new and existing buildings (off the gas grid), during the 2020s. The Call for Evidence explains what the Government mean by this ambition, and seeks evidence on how they could implement it. Claire Perry the Minister of State for Energy and Clean Growth states: “This is 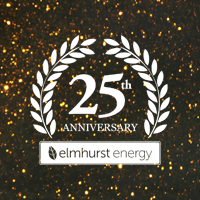 This month Elmhurst celebrates its 25th anniversary. Formed in 1993, the company has gone from strength to strength over the past two and a half decades, growing to over 7,000 members, served by 68 employees from its Lutterworth Headquarters.  “This is a proud milestone for Elmhurst Energy, but we never stand still,” says Stephen O’Hara, Chair of Elmhurst Energy. “We continue to add value for our members, respond to Government consultations and promote the interests

Estate Agents to be qualified

In December 2017 Government issues a call for evidence titled ‘Improving the home buying and selling process’  to which Elmhurst responded with a plea to ensure that EPCs were placed at the heart of the home buying process. Government has yet to respond to that consultation in full but has issued a press statement to say that estate agents will be required to hold a professional qualification and will need to be transparent about the

During the  Easter break, the Government announced the latest consultation on the Energy Companies Obligation (ECO) Policy, which will cover the period 1st October 2018 to 31st March 2022. This period is to be known as ECO3. The opening foreword states: “This Government is determined to bring down the costs of energy for all consumers, including by delivering on the aspiration set out in the Clean Growth Strategy for as many homes as possible to

Great news for all private rented tenants in England and Wales

Minimum Energy Efficiency Standards (MEES) are now being enforced from Easter Sunday (1st April) when renting out homes and commercial premises in England and Wales. This is fantastic news for tenants, and is the first real policy in line with the Government’s ‘Clean Growth Strategy’ published in Autumn 2017. Elmhurst has published many news articles covering MEES since before it was made law in April 2016. The Energy Efficiency (Private Rented Property)(England and Wales) Regulations 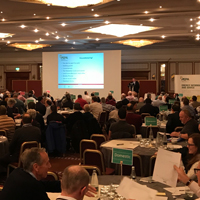 The Property Energy Professionals Association (PEPA) staged a ‘Call to Action’ industry conference on 22nd March, the theme of which was ‘The Quality of EPCs’. The conference encouraged the energy assessment industry and its professionals to engage with the Government on the future of Energy Performance Certificates (EPCs). Workshops throughout the day explored past and current issues as well as potential future changes to the EPC landscape, their use and the potential expansion of the role

The Association of Midlands Energy Professional (MEP) are hosting their annual event on the 18th April 2018 titled 'Only Quality Counts'. This year’s event follows naturally from last years’ well attended event under the title 'Each Home Counts' at which Dr Peter Bonfield was the keynote speaker. Elmhurst's Martyn Reed will be one of the speakers at this years event which will be covering the following topics: • MEES – where are we and where are

Elmhurst is delighted to announce that a new version of the Scheme Operating Requirements (SORs) has been signed off by Government yesterday (26th March). The SORs is the document which sets out the rules by which Accreditation Schemes in England, Wales and Northern Ireland must operate when accrediting energy assessors for the production of Energy Performance Certificates (EPCs) and Display Energy Certificates (DECs). In turn, each Accreditation Scheme will advise its members what they need