Figures released from the Ministry of Housing, Communities and Local Government (MHCLG) show a 1 per cent increase in new dwelling starts compared to the same period last year.

The report from MHCLG examined the period January 2019 to March 2019, comparing it to both the previous quarter and previous period last year. It shows that 162,270 new dwellings were started in the new year to March 2019, with 169,770 completions - an increase of 6 per cent compared with 2018.

The areas with the highest areas of starts were: Eastleigh, Harborough and South Derbyshire. 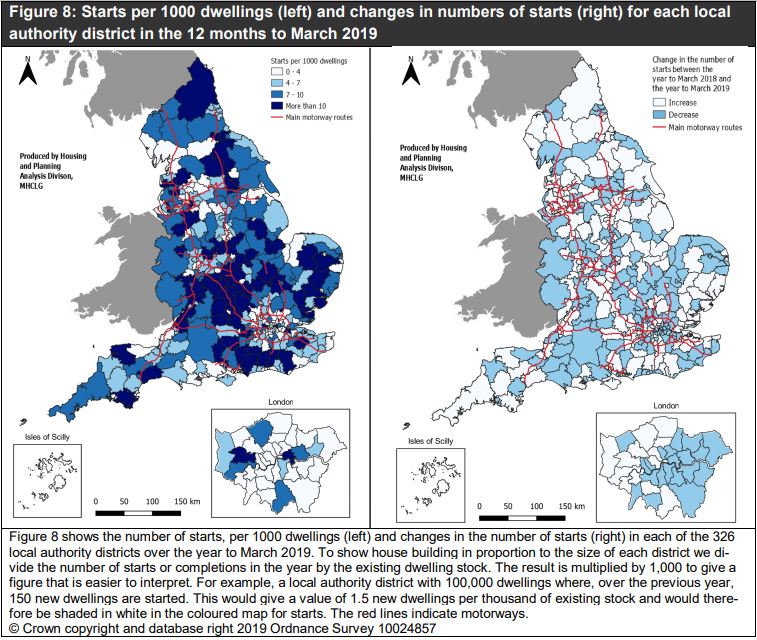 The report from MHCLG includes data obtained from Energy Performance Certificates (EPCs) which shows that there were 58,000 new dwelling EPCs lodged in England in the quarter ending March 2019 – a 13 per cent increase on the same quarter a year earlier.

The contents of the report should make pleasant reading for Elmhurst’s On Construction members due to the increase in demand for their services. Although some of the EPCs will be for conversions, the figures reveal an encouraging overall trend fuelled by the government's commitment to build 300,000 homes a year by the mid-2020s.